Can you learn entrepreneurship? Is it a skill that can be developed, or is it something that you are born with?

We’ve all got our opinions.

But I wanted to know the truth.

This article will break down:

I will also share 4 Things that you can do to win in business without entrepreneurial talent.

Is entrepreneurship a talent?

According to Cambridge online:

Although the dictionary seems a reasonable starting point,  it does raise a few questions.

First, If entrepreneurship is a skill, Is a skill a talent? How are the 2 terms related?

Also, what exactly goes into developing the skill of entrepreneurship?

Angela Duckworth is a professor at the University of Pennsylvania,  who has spent her career studying the psychology of high-achieving people.

After years of coaching and research, she wrote a book called GRIT, in which she shared a simple equation for human achievement.

There is no skill called “business”

Entrepreneur and Angel investor Naval Ravikant made this point in a recent tweet.

“There is no skill called “business.” Avoid business magazines and business classes.

If you’re going to say that entrepreneurship is a skill, then you’d have to say that it’s a skill made out of other skills.

If someone is “good at business”, what they are good at is sales. Or spotting trends. Or Public speaking. Or managing employees. Whatever their strength is, it definitely isn’t just “business”.

This message is reassuring, for anyone who doesn’t consider themself particularly talented.

Entrepreneurship is this vague broad concept. It’s hard to know where even to start.

But microeconomics? Persuasion? Web development? These are academic disciplines. Gaining knowledge in these areas is purely a case of putting in the work.

If you can improve a particular skill, that is relevant to a particular business, then by Naval’s logic you can get “better at business”.

Talent plays a role in entrepreneurship (and everything else)

Duckworth’s equation makes it pretty clear. Whilst skills can be developed, having talent never hurts.

Did he spend years honing his skills? Sure. Was he passionate about swimming? Definitely.

Do you know what else he had?

He had short legs, flexible ankles, and massive feet.

The man was built to swim.

This doesn’t take anything away from his accomplishments — He famously trained 365 days a year throughout his teens.

It does imply something though, about how we should go about choosing our path.

The opportunity is greater than ever in 2022

A barbershop is a business.

This blog is a business.

If you think you aren’t entrepreneurial, the problem just might be your definition of an entrepreneur. There are more opportunities for people to build businesses today than there ever have been.

Can you succeed in business if you’re not a natural entrepreneur?

This is a question that has been debated for years. Even entrepreneurs themselves can’t come to a conclusion.

Ask a guy like media mogul Gary Vaynerchuck, and he’ll tell you that business is all genetic.

“Let’s start with this. I fully, fully, 100,000% with no hedge, do not believe that you can teach entrepreneurship”

But then talk to someone like Tom Bilyeu, founder of Quest Nutrition, and you’ll get a completely opposite answer.

“Gary V, who I consider a dear friend of mine, it’s ironic because we are aggressively opposed on this — I don’t think anyone is born anything.”

If you talk to Acquisition.com founder Alex Hormozi, he’ll tell you something that’s pretty much slap bang in the middle of these two extremes.

Alright. So 3 hundred-millionaire entrepreneurs, with completely opposite perspectives about entrepreneurship.

That clears that up!

The takeaway, from what I can see, is reasonably positive.

We’ve all heard people talk about how entrepreneurship is in their blood, but it’s reassuring to know that not every business owner feels this way.

Don’t write yourself off if you don’t feel like a natural entrepreneur.

How to start a business without any talent

So let’s say you’re in that position. You love the idea of starting a business, but it’s not something that feels all that natural to you.

Here are 4 things that you can do, to give yourself the best shot at success.

Spend some time understanding your own personality

This isn’t a binary issue.

You will inevitably have some skills and character traits that will serve you well, and others that you’ll want to improve or be aware of.

How comfortable are you with risk? Are you extroverted? Are you more creative, or more analytical? Are there any disciplines that you have some natural aptitude for? What are your weaknesses? What are your strengths?

This isn’t about getting discouraged before you even start working.

This is purely strategic.

If you really get to know yourself, then you can build a business that suits your personality and skill set.

Be practical about picking which business to go into

Say you are a chef. You love what you do, and want to build a business around your skills. Here are two of the roads that you could go down.

You could open a restaurant.

If you choose this path, you’re going to need to find a building. You’ll need staff, permits, and insurance. You’ll need to develop the menu, market the opening, and find competitive suppliers.

You’ll need to do all this — and more — before you even get your first paying customer.

You’ll spend hundreds of thousands of dollars before you can put 1 dollar back in the register.

You could, instead, create an online cooking show.

On this path, you’ll spend a few hundred dollars and get going. You’ll slowly build an audience organically, refining your content over time. You’ll make money from ads initially, and then eventually from sponsorships and other opportunities.

Both are businesses that a chef might start. Whilst one requires real money upfront and has a tonne of operational complexity, the other really isn’t all that complicated.

Of course, these are just 2 options. There are dozens of different businesses that you might start in the restaurant space. Which route you pick will hugely impact your chances of success.

Give yourself permission to fail

It’s almost too cliche to even talk about.

Don’t be afraid to fail! Follow your dreams! Never give up!

The problem is, very few of us actually live by this advice.

It doesn’t matter how many times we hear about Edison inventing the lightbulb, or JK Rowling having her books rejected over and over.

Most of us, still, are terrified of failure.

I think it’s because of how we’ve been conditioned. In high school, it was all about grades. Pass, or Fail. Failing a test is never a positive. You have to pass or you get punished.

Out of school, we get our jobs. We save our income, and our savings go up every month. From the day you are born, till the day we die, we aim to make slow consistent linear progress.

Business just isn’t like that. The greatest entrepreneurs fail over and over.

Check out Jack Ma’s story to see this for yourself:

No one’s asking you to be as brilliantly reckless as this guy, but make sure you make peace with the idea that you’re going to fail. If you aren’t constantly facing problems, you probably aren’t doing anything.

I heard Noah Kagan say this a while ago, and I thought it was brilliant.

The rule is very simple.

Until you’ve done 100, you haven’t tried. You dont get to quit. You dont know whether it’s a bad idea, or it’s just too early to see growth.

This is powerful because everything new tends to feel like a grind.

If you haven’t edited videos much, your first 10 youtube videos will take you forever to put together.

And they won’t be very good.

If you’ve never sold anything before, you won’t know how to sell. There will be a whole lot of rejection and it will be brutal.

If you dont commit to 100, you’ll talk yourself out of your idea because of how uncomfortable it feels to get something new off the ground.

My own experience with the law of 100

I used the law of 100 to build this blog. Initially, the whole project felt like a waste of time.

I was working 70 hours a week as a chef and then using my weekends to write articles that no one was reading.

I thought about quitting many times.

Although it felt like I was trying, objectively I hadn’t put in nearly enough work to expect to see success. This idea drove me — If I quit early, all the sacrifices would be for nothing.

So I kept posting articles 1 by 1. By the end of the year, I saw a little action. After a year and a half, things started getting exciting.

Whatever idea you have, give it a real shot at succeeding.

Give yourself a real shot at succeeding.

Although there’s talent involved in entrepreneurship, this isn’t the full story.

There’s plenty that you can do, to give yourself a real shot at business success — even if it’s not something that comes naturally to you.

Naval Ravikant’s perspective about business, and Noah Kagan’s law of 100, are my own favorite takeaways.

Do you have a different opinion? What lessons have you learned from your own entrepreneurial pursuits? Over the last 5 years, I have cooked what feels like everywhere: from small french restaurants to large banqueting kitchens, to 3 Michelin star establishments. I’ve worked under great chefs, awful chefs, and even opened a restaurant myself with my friend Alex. I can’t say I’ve seen it all, but I have learnt a whole… Everyone struggles to find motivation sometimes. We all face seemingly impossible situations at some point, and chasing your dreams can often feel brutal.  In those moments of struggle, it can be helpful to hear of how other people have overcome their troubles and self-doubt to achieve massive success and fortune. This article will take a… 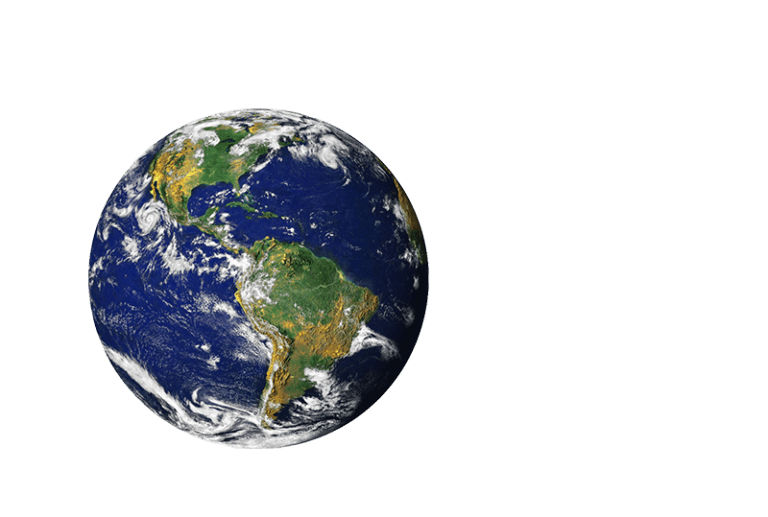 Nothing has had more 40-year-old men moving back in with their parents than entrepreneurship. 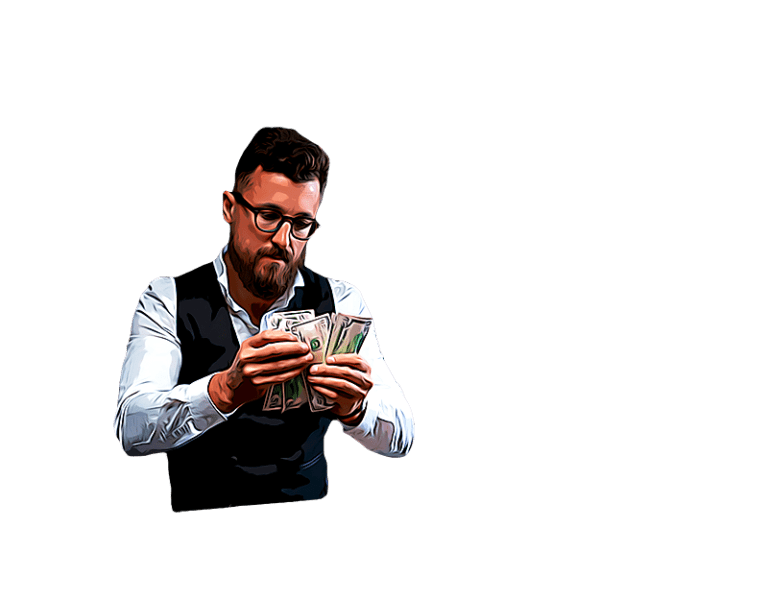 You will find the answers in this article to be informative, inspiring, and terrifying. 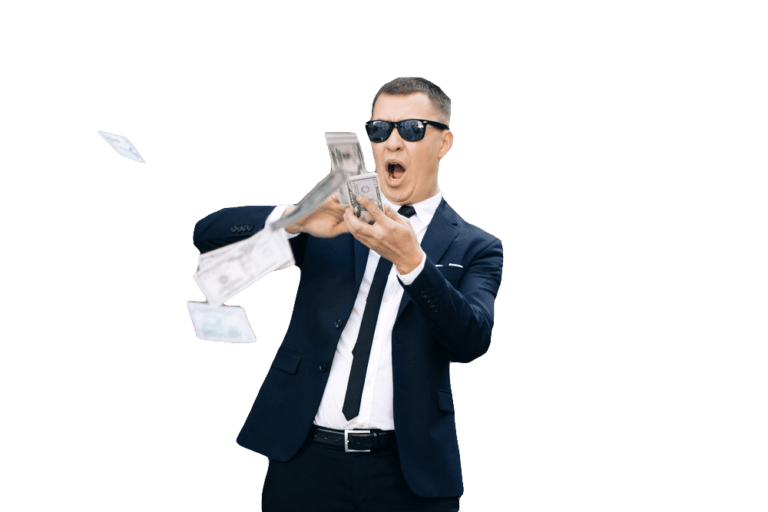 What if you want to make a lot of money, but you aren’t geared towards taking huge risks?