People assume physical strength translates to mental strength. Unfortunately, this is not the case.

In this article, I break down the difference between the two.

You will see examples of mentally strong people, and learn how to develop mental strength for yourself.

Every man needs a degree of mental toughness.

But what is it exactly?

It’s the ability to overcome extreme mental challenges that break most. I’m not saying you don’t feel any pain; however, your positive mental dialogue is stronger than the pain being experienced.

Many components go into a mentally strong individual (which we will discuss later!).

The road to developing mental strength is often filled with pain, heartache, and loss. That’s why most people refuse to walk it.

Instead, they take the easier path and wonder why they have zero control over their minds.

Physical strength is self-explanatory, so I’ll save my breath.

However, something needs to be addressed.

Throughout my lifetime, I’ve met countless people who are physically strong. Yet, they don’t have the mental fortitude to overcome difficult challenges.

Instead, they hide when the going gets tough.

You just need to remember…

The Difference Between Physically Strong And Mentally Strong

Rather than talking about the difference between physical and mental strength, I’ll give you an example.

Let’s take somebody with an excellent physique. However, apart from hitting the gym 5x a day, he doesn’t have much else going for him.

On the flip side, let’s take a man who has built million-dollar businesses. He has been homeless 3 times, bankrupt twice, and has been a successful athlete.

That’s somebody with mental strength.

When comparing these 2 people, who would you want on your team when the challenges arise?

I sure know who I’d want!

How Do You Know If You’re Mentally Strong?

One of the most important parts of mental strength is confidence. Not only do you need confidence in yourself, but also in your abilities.

And the only way to do that is by practicing your craft.

The more experience you have, the better you will perform.

And this applies to everything!

If you don’t have anything to practice, then find something. It’s as simple as trying new things until something sticks.

As you get better at a hobby, your confidence will skyrocket.

If there’s one thing that mentally tough people have in common, it’s the ability to stay calm in stressful situations.

When everybody is panicking, you need to be as cool as a cucumber.

Of course, this is much harder than it sounds. Staying calm in stressful situations requires training.

I won’t tell you to focus on your breath because that doesn’t work.

You need to put yourself in uncomfortable situations and become comfortable.

As a side note, I’m not saying you won’t feel any fear during difficult times. However, it’s the ability to remain unfazed.

You need to feel the fear and ride the wave.

People think tough situations are bad. And while that’s true, you need to flip the switch.

Rather than viewing situations as ‘bad’, why not view them as a chance to grow?

Every time I’ve been through a difficult time, I’ve come out 10x stronger. You can try to avoid the painful lessons in life, but you’ll experience them either way.

So, why not embrace the pain?

Another thing to remember is that everybody that’s mentally strong has a difficult past.

That’s how they became mentally strong in the first place!

This brings me to one of my favorite motivational videos. It’s from a clip in the movie Rocky. Check it out below:

I know this is a fictional film. However, the lesson remains true.

Life is not easy, and it is not supposed to be. The beauty of life is overcoming challenges that you thought impossible.

When you think of the UFC, Connor Mcgregor comes to mind.

He is so confident in himself and his abilities, which makes him very mentally resilient.

If you saw Mcgregor in the street, is there anything you could say that would upset him?

Life experience gives him a bulletproof mind. He even said it himself. Check out the clip below:

And here’s another thing.

Recently, he has lost some fights. In his last fight, he broke his leg. Yet, he has made an exceptionally speedy recovery and continues to train relentlessly.

But why does he still train when he could have rested for months?

Because of his bulletproof mind.

Mike Tyson’s life was a string of ups and downs.

By age 12, he had been arrested almost 50 times. He was also in a street gang at an early age.

While people may think this is bad, it’s also a blessing.

The mental toughness he developed as a child helped him excel in the ring. At 20 years old, he became the youngest heavyweight world champion.

And that takes mental toughness.

Most people have no idea who they are at 20 years old. Imagine being a world champion boxer!?

Not only is excessive training mentally demanding, but also risking your life.

However, that’s how mental strength is built.

If you spend time in war zones, it’s not a question of ‘whether’ you will be injured – it’s ‘when’.

Still having the courage to follow through makes military personnel some of the most respected people in the world.

I’m not saying you need to join the Marines to built mental toughness – but it sure helps!

Theodore Roosevelt, also known as ‘Teddy Roosevelt’, was the 26th president of the United States.

And he remains one of the most mentally strong presidents in history. Not only was he a veteran, but also took pride in his country.

One of his most iconic moments happened on October 14th, 1912. He was campaigning to be re-elected when somebody tried to assassinate him.

While they weren’t successful, they did manage to shoot him in the chest.

That didn’t faze Teddy Roosevelt, though!

The balls on this guy, huh!?

To put it in his words:

“It takes more than that to kill a bull moose”.

Rather than seeking immediate medical attention, he continued giving a speech. With a blood-stained shirt and a heart of courage, nothing would stop Roosevelt from finishing what he started.

He finished the speech and then went to the hospital.

Luckily, there were no complications following the shooting.

The same can’t be said for the shooter, though, He spent the rest of his life in a mental asylum.

When it comes to mentally tough individuals, it’s difficult to beat Sherpas.

They are responsible for guiding climbers to the peak of Mount Everest. According to the Himalayan Database, one-third of people that die on Everest are Sherpas [1].

From the cold temperatures to the deep crevices, Sherpas put their life at risk every day.

Although the job is risky, they still show up.

And you have to respect that.

How To Build Mental Strength

When looking at the people mentioned above, there is a similar trait amongst them. Rather than settling for a life of comfort, they took the other path.

A road filled with challenges.

That’s why they can remain strong in the face of fear, uncertainty, and even death.

If you’re feeling stuck in life, it’s not because you don’t have enough money or possessions.

While I believe you should make money, it won’t make you mentally stronger (unless combined with challenges!).

My advice is to get outside and challenge yourself. I believe that everybody knows what they need to do, but decides to do nothing.

You can’t be mentally strong without experience.

If you’re trying to be mentally strong for a specific sport, you need to be out there practicing every day.

The more experience you have in any given topic, the more challenges, and hardships you’ve had to overcome.

He has tons of experience playing basketball. Within that experience, he has failed countless times. He has also come up against challenges that others are not willing to face.

In turn, this produces confidence and mental toughness in his field – basketball.

But this doesn’t only apply to sports.

You can apply it to anything, such as entrepreneurship, relationships, social skills, and more.

Unfortunately, it’s not all smooth sailing. Otherwise, it would be easy.

When you lose, don’t let it affect your confidence. You still need to believe in yourself and keep moving forward.

Your confidence may be shaken the first time you take a loss.

However, as time passes, you will begin to accept the losses when they come.

Have Supportive People Around

You need to be around people doing the same thing.

If you’re building a business, then surround yourself with other aspiring entrepreneurs.

That way, when you encounter a roadblock, there are people to discuss your options with.

If you look at the most mentally resilient people, they all have a team around them.

I understand it’s difficult to meet like-minded people nowadays, but you have to try. Luckily, the internet has changed the way people interact.

You can join groups in your local area to meet the right friendship group.

They host group meetups in 180 different countries. And the best thing? It’s free to join.

I know what you’re thinking…

However, I’m not referring to the traditional ‘lifting weights and counting calories’ way of exercising.

If you didn’t know, HIIT stands for ‘High-Intensity Interval Training’.

And it’s wayyy harder than what you’re used to. Due to its high-intensity nature, it pushes your body to the absolute limit.

Rest is short and intensity is sky-high.

There will be times when you feel like you can’t go any further. As long as you don’t quit, you’re building mental toughness.

My advice is to train with friends that push the limits.

If you’re unsure where to begin, I recommend starting with sprints. The key is to give it 100% every sprint.

Rest for 1-2 minutes between each interval.

As you become fitter, you can decrease the rest to 30 seconds.

Remember, this is a mental strength challenge. It has nothing to do with fitness.

Even if you’re born weak, you can become mentally tough.

However, obstacles along the way crush most people. This results in them going back to their old ways.

As long as you keep taking on new challenges and never quit, you will develop the mental resilience necessary to succeed in life.

I’ll leave you with this…

Study the mentally strong and challenge yourself every day. If you do this for an entire year, you’ll be a completely different person.

Enjoy this article? Check out some of our others:

Why is Challenge Important In Life?

5 Of The Most Heroic Acts In History! It can be extremely difficult to navigate the world as a man. There are countless distractions, discouragements, and forms of suffering that can make us all ask the fundamental questions about why we are here sooner or later. What is the point?  Why are we here?  What is the best use of my attention? What… 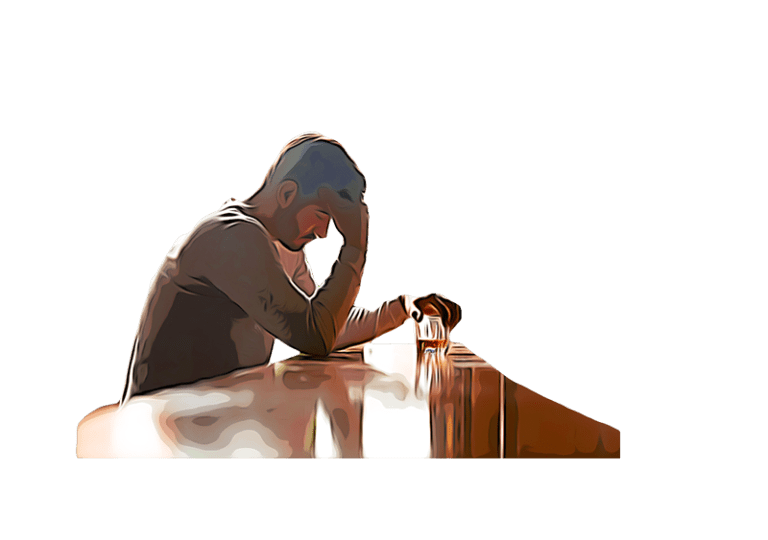 I know you don’t want to hear a bunch of rich people telling you about how hard their life is – but success has its downsides.